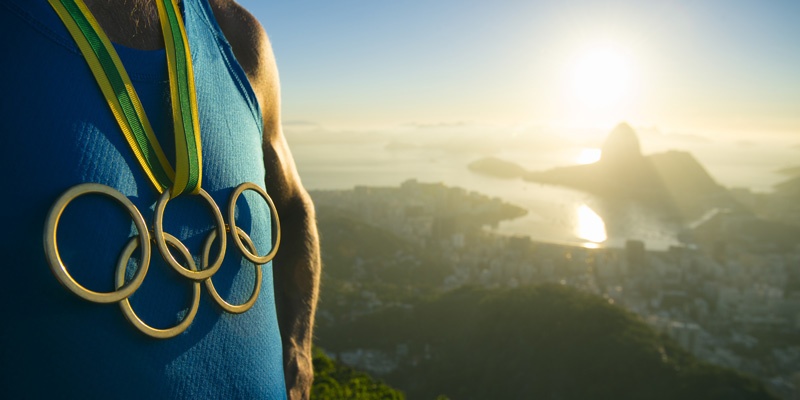 The 2016 Summer Olympic Games at Rio are now in the rear-view mirror. Brands invested big money in social media and video content as well as influencers and partnerships. For many of them, it paid off well. Let's take a look at which marketing campaigns were the best this year. And in the spirit of the games, we'll break it into three categories with a Gold, Silver, and Bronze medal winner in each.

Gillette's 3 minute "Perfect Isn't Pretty" video shows us the training routines of four Olympic athletes. We see their grit, determination and less-than-perfect training in preparation for this Summer's Games.

Samsung started out strong with their YouTube video called "The Anthem" before being overtaken by Gillette. It shows fans and athletes from around the world singing pieces of many countries' national anthems. All are blended together into a single tune, demonstrating the unity in love for the games if not in the humanity itself.

"The Anthem" currently stands at almost 30 million views although the engagement falls short of Gillette's impressive ad with only over 22,000 likes and more than 2600 comments.

Under Armour started promoting early with their "Rule Yourself" campaign back in March. The ad features the competitive swimmer, Michael Phelps, and other Olympians along the way as they train for the Games.

NBC has become synonymous with the Olympics. The trouble is that they aren't exactly the most savvy with social media or the younger generation. So, they partnered with Buzzfeed, arguably the most viral media company today, and asked them create Snapchat content from Rio throughout the Games. And it seems to have paid off – NBC reached 35 million viewers over the two weeks on Snapchat alone.

For their #NoBadStuff campaign, Chobani partnered with US athletes with positive and hardworking attitudes. They started a website to feature them where fans could 'meet' them.

And of course, the campaign combined the idea of working hard with the healthy ingredients in their product that can help fuel the body.

Airbnb made a great winner and became the first ever official 'alternative accommodation' sponsor for the event. Back when Rio won the bid for the Games in 2009, it turned out that it only had half of the beds that would be required for everyone attending.

Their campaign was great: "Enter Airbnb with their #StayWithMe campaign to save the day. And to get top billing on the homepage of the official Rio Olympics 2016 website." Great marketing, useful too.

Panasonic UK harnessed the enthusiasm of Great Britain with their #Superfans campaign. Pairing it all with Team GB was a huge success and encouraged followers to take part and upload custom content on this social media network.

Ford is one of the non-sponsor brands who "beat the system" against Rule 40 and the OIC's blackout. Both of these limit non-sponsors promoting social media posts related to the games.

Ford ran a Snapchat campaign themed "we're all fans" without breaking the IOC's rules, allowing them to beat out Nike for the Silver slot here.

There was no way in the world that Nike hadn't prepared another winning campaign. If there were ever a brand and an event that were made to go together, it's Nike and the Olympics (or any sporting event for that matter). The campaign tagline? Why change the one that has been running for decades. It's #justdoit, of course.

Taking into account all events and medalists we have established an overall winner in our version of the marketing campaign Olympic. And the winner is...

P&G's "Thank You, Mom" campaign was originally aired for the 2012 Summer Olympics. It also ran for the 2014 Winter Olympics and it made its return this year.

Each video shows flashbacks of Olympic athletes growing up and practicing their sport of choice. It also highlights how mothers helped them through times of stress and frustration with their support.

Sadly, this years Olympics should also be remembered for the missed opportunities. Facebook Live and Periscope, among other live streaming apps, didn't even exist during the 2012 London Games.

This year could have brought fans the most intimate Olympic experience in history if it had not been for the now infamous Rule 40 from the OIC. Without it, we could get an insight into the real emotions of the athletes in ways that NBC couldn't hope to achieve on their best day. With more 'freedom of speech' we could also see many more great social media marketing campaigns done by smaller brands. More people would have been reached and gained interest in the Olympic games. Instead, we're left with a generation that is disillusioned with the Games as well as the big corporations that sponsor them.

How Far Ahead Should You Schedule Your Social Media Posts?