Looking to take part (and potentially win) recognized awards for your agency?

Winning prestigious awards, making the shortlist, and even being nominated for an award is a huge achievement. Not only that, but it can add tons of credibility to your agency - and potentially help you to close more client deals.

If award submissions form part of your to-do list in 2019, look no further.

We’ve done the research for the agency awards you should enter, including their entry deadlines, event details, and previous winners of each title.

Ready? Here are the awards we will be covering:

If you’re in the marketing world, you’ve likely heard of The Drum - as one of the biggest digital publishers, they’re constantly creating content for marketers and agency owners to use and grow their campaigns.

You might not have realized they have their own agency awards.

The Drum Agency Business Awards is open for agencies all over the world to enter, with the awards ceremony being held in London. Awards up for grabs include:

You’re in the company of industry experts… But you’ll need to work hard to impress! 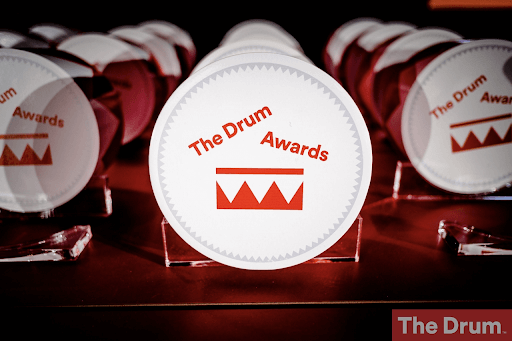 Entry details and pricing: To be announced. Register your interest here.

Awards ceremony: Exact date to be announced, but the event is usually held in London mid-November.

But this one is a little different than the others on this list.

Instead of a vote-based system where agencies can submit their brand for inclusion alongside an entry fee, winners are decided by taking “ratings from [The Drum’s] database to identify which agencies are the highest-rated by clients and recognize those agencies via the awards.”

If you fit that criteria and provide a stellar service to your clients year-round, you could win a Recommended Agency Award in one of these three categories:

Along with the main awards, this event by The Drum also celebrates agencies who excel in specific parts of their business, including:

Awards ceremony: Exact date to be announced, but the event is usually held in London in June.

Are you trying to change the industry for the better by driving change for your clients and crafting unique campaigns? You’ll need to enter the Campaign Media Awards - a ceremony that celebrates agencies and media owners who stay ahead of the ever-changing media industry.

But as far as awards go, you could earn yourself the title of:

Have you seen supersonic growth over the past few years? If you’ve tripled in size, hired a bunch of new staff or landed lucrative contracts, you might earn a spot on Deloitte’s UK Technology Fast 50.

Granted, this award isn’t specifically for agencies - it’s a rank of the fastest growing technology companies in the UK, calculated by “leading intellectual property and based on revenue growth over the last four years”.

But if you check out last year’s winners, you’ll spot these three digital marketing agencies making the top 50:

Entry details and pricing: Your agency must be UK-based and have a current year operating revenue of at least £885,670. Submission forms for 2019 yet are to be announced.

Awards ceremony: Exact date to be announced, but usually held in London in November.

Does your agency specialize in social media services?

The Shorty Awards, an event created to honor the brands, organizations, and influencers who’re crushing it on social media, will be right up your street.

Now in its 11th year, The Shorty Awards celebrates categories like Facebook Partnership and Online Community - and have also opened a ton of new awards for this 2019, including:

Previous winners include influencers like Tyler Oakley and Jenna Marbles, along with social media agencies like Kovert Creative and Breensmith (now known as Chemistry) for their “Keep on the Corporate Side” video - a campaign generating 20,000 views per day from zero paid media budget:

...In other words, you’ll be in good company when you make the shortlist!

The event is judged by industry experts like Tolga Balabaner (Creative Strategist at Snapchat) and Jan Hofmann-Cassaini (Client Solutions Manager at Facebook).

Awards up for grabs include:

I’ll bet either of those titles are bound to impress your target clients, right? 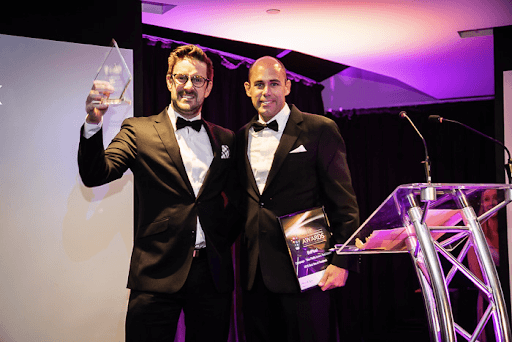 The UK Social Media Communications Awards are open to corporate, creative, design, marketing, media, PR and advertising agencies, based in the UK. They’re designed to “recognize and reward individuals, companies, and organizations that are using online platforms in fresh and innovative ways”.

2019 will be the 10th year of the awards, but the best part? They celebrate fun campaigns that agencies have ran, such as:

...making it a fantastic option for smaller agencies who don’t have huge clients, but still do fantastic work.

Experts in the marketing industry make their way onto the judging panel, too - including Paul Morris (Head of Performance and Planning at Tesco), and Olga Andrienko (Head of Global Marketing at SEMRush).

Awards ceremony: Exact date to be announced, but usually in London in November.

If you’re open to clients in Europe, it’s worth taking a peek at the The European Search Awards.

Although the majority of these awards are for agencies in the SEO space, there’s still a range of Agency Awards, where judges will consider a variety of things a successful agency needs.

Part of that criteria includes:

Previous winners of the Agency Awards include Wolfgang Digital, Mabo Media and Semetrical.

And as far as the judging line-up for 2019’s award ceremony goes, you’ll need to impress the likes of Georgina Bell (Performance Media Manager at Asda), Liang Chen (Head of SEO at Premier Inn), and Luis Navarrete Gomez (Global Head of Search Marketing at The Lego Group).

Have you expertly handled a PR campaign, and skyrocketed your client’s brand awareness as a result? You could be the perfect candidate for the PRWeek Global Awards.

This event ceremony celebrates agencies and organizations who do fantastic PR work, and you could win prestigious titles such as:

Yo @Wendys how many retweets for a year of free chicken nuggets?

You’ll need to make an impression on Kevin Akeroyd (CEO at Cision), Stuart Smith (Global Leader of PR and Influence at Oglivy), and Torod Neptune (VP of Worldwide Communications and CCO of Lenovo), who form the judging panel for this year's event.

The Bulldog PR Awards prides itself on being “the only PR awards program judged exclusively by journalists” - making it a fantastic option if you’re working hard to generate incredible media coverage for your agency’s clients.

These awards are open specifically for PR agencies, but if you offer other marketing-related services alongside PR, you could win awards like:

The winners of Bulldog PR Awards are decided using a points-based system. Categories range from goals and objectives to results and execution, with a maximum of 40 points being up for grabs.

The more you get, the more chance you’ve got at winning!

Awards ceremony: To be announced (sign-up here to be notified!).

The Digiday Content Marketing Awards “recognize the companies and campaigns using content to modernize media and marketing”, and rewards agencies with incredible titles, such as:

And, just like the other agency awards listed here, judging for this ceremony is tough.

A handful of experts making the judging panel include Toni Jones (Head of Marketing Strategy and Retail Operations at Groupon), Andrew Sirotnik (Co-Founder and CEO of Fluid), and Liz Anderson (Senior Communications Manager at Capital One).

It’s a tough award to win, but definitely worth it!

Awards ceremony: To be announced, but usually in NYC in May.

The UK Agency Awards are open to all creative, design, marketing, advertising and media agencies. The only requirement is that you’re based in the UK (and of course, do great work).

If you’re one of the exceptional agencies, campaigns and talent that’s recognized, titles up for grabs include:

Judging for these awards is run by leading in-house professionals from some of the biggest UK-based brands. And, it’s one of the only awards of its kind to determine winners in-house - meaning your entry won’t be seen by any other agencies.

Yesss! So pumped to have won Large Digital Agency of the Year at the #UKAgencyAwards 👊 pic.twitter.com/ucdqLlpxqU

Awards ceremony: To be announced, but usually happens in September in London. (Sign-up here to be notified!).

Are you ready to start winning? 🏆

Whether you’re looking for some recognition for your campaigns, to showcase how you’ve used agency-specific marketing tools, or show off your expertise, adding an agency award win to your website is bound to impress potential clients.

Elise Dopson
Elise Dopson is a freelance B2B marketing writer who helps businesses generate results through online marketing. When she’s not writing, you’ll find Elise curled up with a great cuppa tea … she is English, after all!

Why Should Your Agency Join a Partnership Programme?