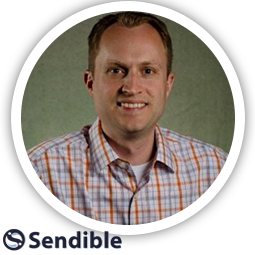 A short description of how and why you got started in social media.

I’ve been working in local government for about 15 years since the year 2000 – at both the county and city level.
I think the presidential campaign in November 2008 was the turning point for social media in both politics and government.
Shortly after that presidential election, I decided to approach my managers at the time to pitch the idea of social media for local government. It would improve our outreach to citizens and they fully embraced the idea which was great.

What do you believe are the benefits of using social media for councils?

I think there are many benefits. Transparency is a huge benefit. I can’t speak for the climate in the United Kingdom, but in the United States, there’s a lot of scepticism from people of all parts of the political spectrum, whether it’s federal, state or local government. Transparency and authenticity is very helpful to our citizens and residents.

The real-time aspect of social media is also very helpful, it helps governments communicate faster and without media filters.
Some government websites are still not adapted to the mobile interface. Whereas social media by its nature is very mobile, even more so than e-mail. It’s a huge advantage for government officials.

We need to go where people’s attention is. Some studies are showing that one third or more of people’s online time is spent on social media. It would be foolish for us not to be dedicating our communication efforts on the social platforms.

What do you think are the common mistakes business owners make when building awareness?

One of the biggest mistakes is to expect everything will happen overnight, it doesn’t work that way generally, especially for local government.
There may have been some exceptions where there’s been an emergency management incident and all of a sudden overnight, the number of your followers will triple. But generally that doesn’t happen in local government, social media is more of a marathon than a sprint.
That’s probably one of the first mistakes newcomers make on social media, they expect that in a matter of weeks they will go from 0 to 1000 followers. In saying that, a fantastic level of engagement with 500 followers is much more worthwhile than obsessing about total follower counts.

What qualities do you think social media managers should have when representing councils?

This is easier said than done but you have to be able to respond quickly. The expectations even for local government are pretty high now. People will tweet us after business hours and generally will expect some sort of response that night.

I think that's a key part of being a social media coordinator, it's to respond pretty quickly. Smartphones and web technology has made it easier for us to do that outside of working hours. Obviously it's only fair that folks get to take vacation time too, so they will need to share the responsibility with others to make sure all the hours are covered by other staff members.

Another important element is for social media managers and coordinators to leave policy and political discussions to the leaders. They should be cautious and remain focused on amplifying the message, rather than converting it in any way. This would normally apply to any form of communication whether it's social media, press releases or website content. I think that's an important element to consider.

How do you know if a social media campaign is working?

There are many different kinds of analytics available but the easiest and most obvious is the level of engagement, so whether viewers are commenting or liking.

The number of shares is a very important indicator. Sometimes a post will get shared 100 times or more by our audience and that's a testament that it offered value to people, enough for them to share it on their personal platforms. That's why it's a great indication of whether your campaign is working.

The two way conversation is also important and it happens when social media is practiced well; you'll find good conversations on your posts.
This includes controversial subjects. We sometimes post about a topic we know will get a little bit of negative feedback or even constructive criticism, but we accept it. Local government should embrace the negative and try to learn from it. It can even be an opportunity to change perceptions.

There are still too many councils that are concerned with exposing themselves on social media, where people will have the chance to be negative. Some believe if they are not on social then people won’t be able to say anything bad which is not true. It's like saying ‘if we don't subscribe to the Chicago Tribune newspaper then no one will write a negative letter to the editor about us'. It's not true because negative mentions will happen regardless.

How do you see social media evolving over the next 5 years? And what do you hope to see?

I think we'll continue to see more real time applications, especially with bandwidth getting more robust which is exciting.
From an emergency management and disaster preparedness point of view, I think social will play an increasingly important role to aid recovery, whether it's from a city, county, state or federal perspective.

Five years ago we would have never envisioned something like Snapchat, but now it's a huge reality. Five years is a long time in social media so there will be a new type of platform to emerge that we cannot even predict today.

If you can share one best practice in social media, what would it be?

I think it comes down to offering value, it sounds simple but it's true. There's so much noise on social media. Whether it's from a personal or professional account, as content editors it's important to think about how the post will impact your audience, it helps avoid a one way conversation. We have over 6000 fans on Facebook so we have to understand how the message will offer value to the citizens and residents following us.

What are your favorite platforms for social media marketing?

Despite some of the negative press over the last year about Facebook it remains my favorite platform because it’s innovative and always offering new services. It will be interesting to see whether Twitter will become less restricted with the recent change in leadership.
We’re still discovering how other channels such as Snapchat, Periscope and Meerkat can be used to help governments engage better with their audience, it’s a great opportunity to connect in real time.

What tools do you recommend to manage these platforms? What are the limitations for these tools?

In 2009 I started using tools for scheduling purposes. I think there’s a missed opportunity with local government, even until today. We need to be also sharing messages in the evenings and on weekends when people are online.

In the early days we did a lot of cross posting, using the same messages on multiple platforms. I have been avoiding that in the last couple of years, I advise social media agents to work more natively within each platform and respect the different audiences.

Even the optimal posting times can vary between platforms, for example LinkedIn seems to be popular at the beginning and end of the day whereas Twitter is best at lunch time. You have to be aware of these differences.

How should a social media strategy be adapted to the needs of councils?

I think social media coordinators should start by understanding your city or council leadership, whether it’s the managers, policy makers or council members.

Each community will be different, what works for Seattle, Washington will most likely not work for a small town in Texas. You have to know the voice and vibe of your community. The social media accounts need to reflect that and be synchronized accordingly.

For example you’ll find some communities will embrace humour on social media while others avoid on social media. It’s important to be responsive to the needs of the citizens and residents. I personally encourage others to be more conversational and try to avoid serious, structured jargon. 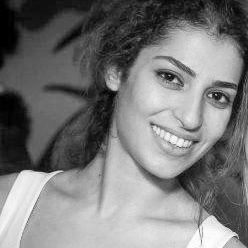 Manal is interested in social media and is working on her creative writing skills. Outside of work she enjoys the gym and hanging out with friends and family.