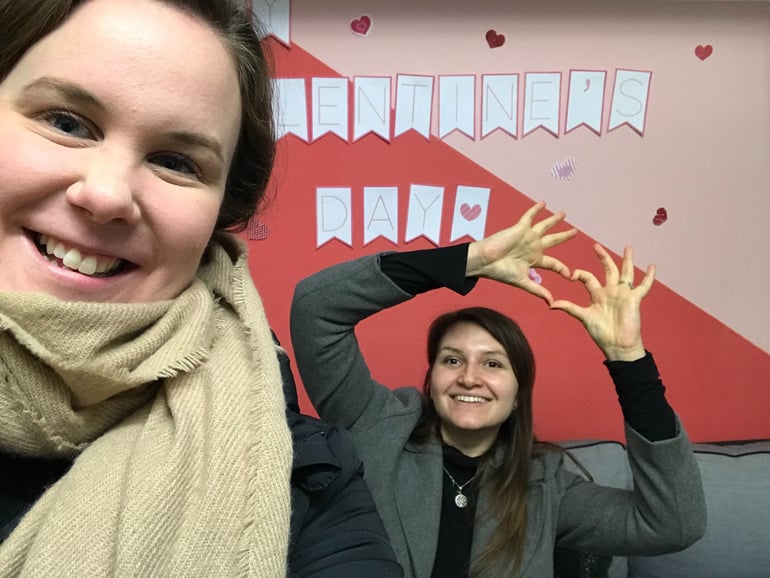 As Paul Young once sang "Love is in the air, everywhere I look around", and the celebration on the 14th February helps those that want to celebrate it with their loved ones (or intended loved ones).

Interestingly enough, the first Valentines day was in 496; Emperor Claudius II had banned marriage because he thought married men were bad soldiers.

Saint Valentine felt this was unfair, so he broke the rules and arranged marriages in secret. When Claudius found out, Valentine was thrown in jail and sentenced to death.

There, he fell in love with the jailer's daughter, and when he was taken to be killed on 14 February he sent her a love letter signed "from your Valentine".

Having a particular Valentine's Day is an ancient tradition, thought to have originated from a Roman festival. The Romans had a festival called Lupercalia in the middle of February - officially the start of their springtime.

It's thought that as part of the celebrations, boys drew names of girls from a box. They'd be boyfriend and girlfriend during the festival, and sometimes they'd get married.

Later on, the church wanted to turn this festival into a Christian celebration and decided to use it to remember St Valentine too. Gradually, St Valentine's name started to be used by people to express their feelings to those they loved.

The reason why I'm mentioning this information about the history and celebration of Valentines are two-fold.

Firstly history is brilliant, and it's only from knowing history can you ensure you don't repeat the same mistakes in the future. 🎓😎

Secondly, the development team at Sendible have been jam-packed this month, giving the platform some extra love. Spring cleaning the platform of some irritating little gremlins and preparing the platform for some future releases. I can't tell you what these are (yet...spoilers), but we'll be sure to let you know when they are released on the platform.

One thing I can let you know about is the release of our new iPhone app. We're incredibly excited about this release, for a while now, we've known we've needed a better experience between our web app and our mobile app.📱

"Sendible Publisher" is available to download in the Apple Store so please download (after reading the below updates).

On Wednesday the 26th February, we encountered an issue where specific images were not being attached when trying to compose a post. We later found out that this issue also affected posts when they were in drafts, scheduled or edited in the Calendar.

Apologies for any inconvenience this may have caused, thankfully our team of developers have now found a resolution to this issue, and composing/editing posts should now be working as intended.

That's all the updates we have for you at present and hope you have a great March. 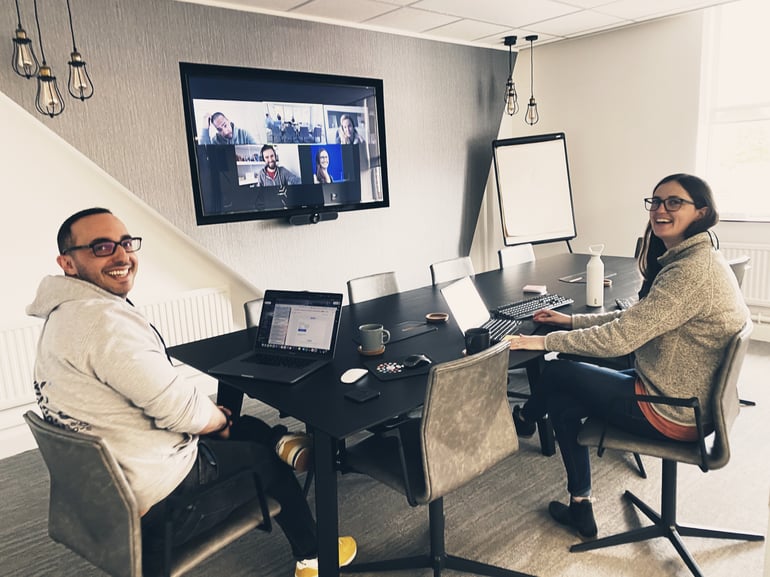 Katelyn our new CEO has just joined the Sendible HQ family (it's a super exclusive club) here in London! Welcome to the other side of the pond Katelyn! 😀

April's done, May is here, but the weather is still surprisingly bad. But...